Green Production: The Opportunity Of The Century

Humanity is presently living one of its most defining moments. As world leaders, negotiators and experts are meeting at Glasgow for the COP26 (the International Climate Conference), the need for a change of behavior in our societies is more evident. The goal is to achieve an agreement to attain net zero emissions by 2050 and limit global warming to 1.5 degrees centigrade compared to the pre-industrial era. Time is running out, if we fail to comply with these objectives the consequences could be catastrophic. With that in mind, what can companies do to help the world achieve the objective of becoming net neutral by 2050?

In recent years, companies all over the globe have made efforts to curb their impact on the ecosystem. Nonetheless, those efforts, in general, have proven insufficient. Production and manufacturing are one of the backbones of modern societies. Since the late XIX century, it has given rise to the betterment of the human quality of life the likes of which we have never seen before. The standards of living that we enjoy today could not even be imagined a few centuries ago. That is all good, but what is the catch? Well, it was all fueled, literally by a lack of care to the environment and most notoriously by fossil fuels which we know today to be causing climate change. On top of that, water pollution is also becoming a concern, since the amount of water on earth is limited, most notably fresh water which only represents about 3 % of all the water on the planet. Also, the raw materials are limited, so we must make the most out of them. That’s why companies of all sizes should embrace a new method: Green Production. There is a moral obligation to change the old practices but, more importantly, it can also represent an opportunity for companies that act strategically and quickly.

Green Production is a method by which companies seek to reformulate their production processes with the aim of cutting their emissions on all fronts. The aim of this method is to redesign and rethink the production of the business to make it more environmentally friendly. From the design of the product to the packaging, passing by the rethinking of the manufacturing processes, the origin of the energy used, the origins and traceability of the supplies, etc. It can look complicated and costly at first, but the truth is that the companies that invest early in this revolution will be able to get ahead of their competition. There are a few reasons for that.

First from an economic standpoint, manufacturing businesses rely on in in raw materials somehow. Imagine a company that produces passenger tires – They could improve their tire technology in a way that the waste generated during manufacturing would be minimized. Raw materials are also limited, and the more the climate change worsens, the harder and more costly they will be to obtain. By developing new methods that are more efficient, you can cut down on costs in terms of raw materials as in labor. By replacing the use of fossil fuels and shifting to renewable energy, you will cut energy costs in the mid to long term, giving you a competitive advantage in comparison to those businesses who choose not to transition to green energy. But it doesn’t stop there. By limiting the impact of climate change you could save on your insurance premiums since insurance companies are going to jack their prices the more natural catastrophes occur, in the end, they also need to make a profit. From selling your carbon credits to other companies, and passing tax cuts for less polluting businesses. The incentives for manufacturing companies are being put in place by governments, to help with this industrial transition, and now is the time to take advantage of it. Moreover, the saving could be achieved in even more fields of the production processes.

Second, if you rethink your product and its packaging to be smaller you will save shipping costs while limiting the carbon impact by unit produced and shipped. You could also invest in developing new methods of production that need less energy and water, than your current methods. You can use new raw materials which are renewables, the current rising of wood or bamboo as an alternative plastic. The possibilities are endless, it is just a matter of embracing this new philosophy at the core of the strategy, and letting it guide your every decision from now on.

Third, there is also a marketing advantage in embracing Green Production. More and more people are conscious of the risks of climate change, and so, they choose to buy products more environmentally friendly even if they have to pay extra for it. For B2B companies, your clients who may be going down the road of sustainability have to make sure that their suppliers also embrace this philosophy.

When you think about it, the transition to Green Production is one of the opportunities of the century for those companies who choose to embrace it, and for those who don’t, it will mean their eventual downfall. So, the choice is yours, embrace the green revolution or suffer the consequences that will bring about if you do not act now.

The company is a worldwide manufacturer and producer of a broad range of tire products. It works with an assortment of motorsports teams, tire dealers, major original equipment vehicle manufacturers, auto-service outlets, and consumers in more than 130 countries worldwide. The company has eight production centres across three countries including a newly opened tire factory in South Carolina, USA.

Share on FacebookTwitterWhatsAppPin ItLinkedIn
Green Living
Prev post How to Buy Apple Macbook and iPad with Student Discount?
Next post 8 Cool Things You Can Do with Samsung S Pen 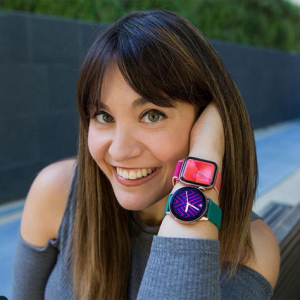 The Different Packaging Materials That Help Us Out